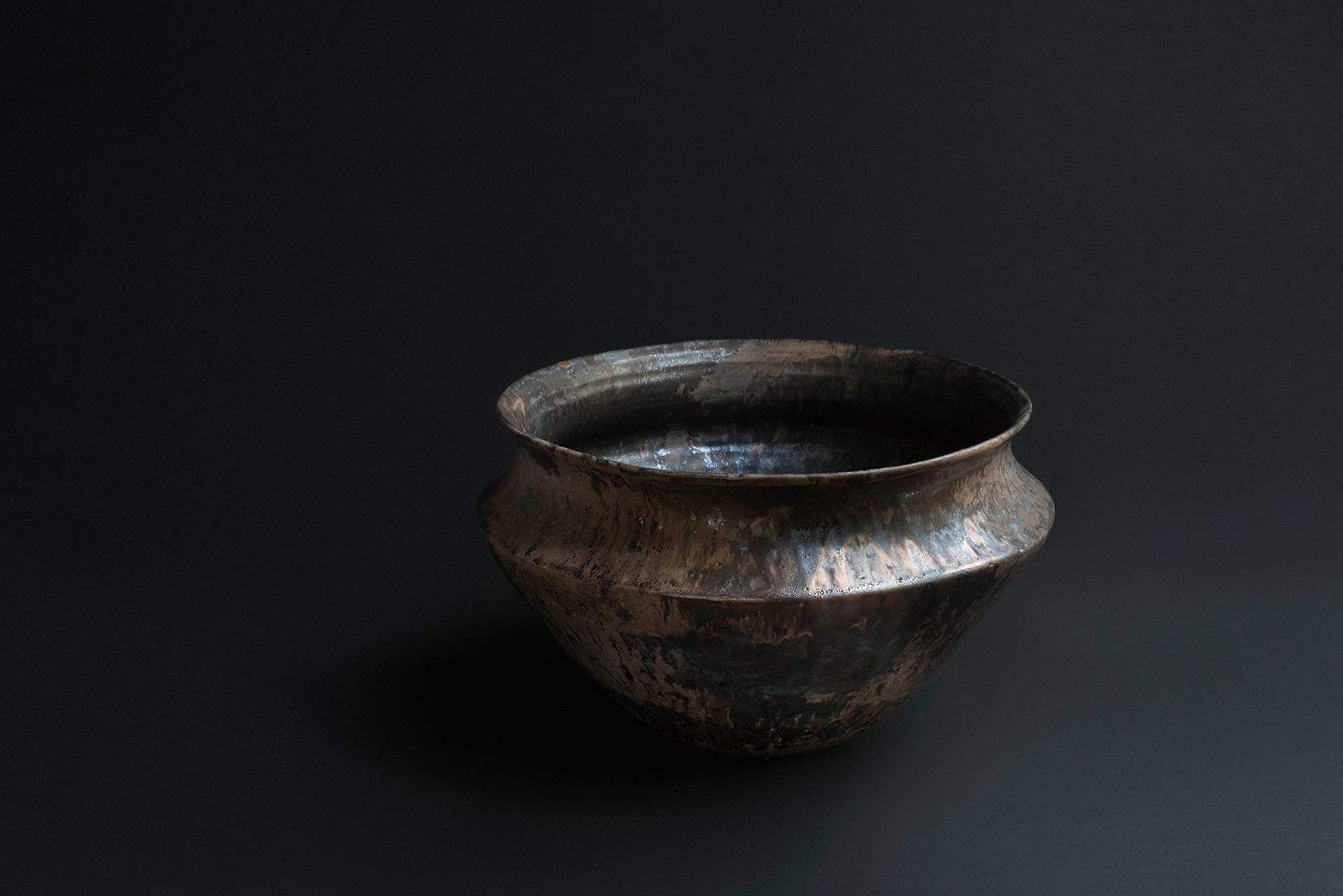 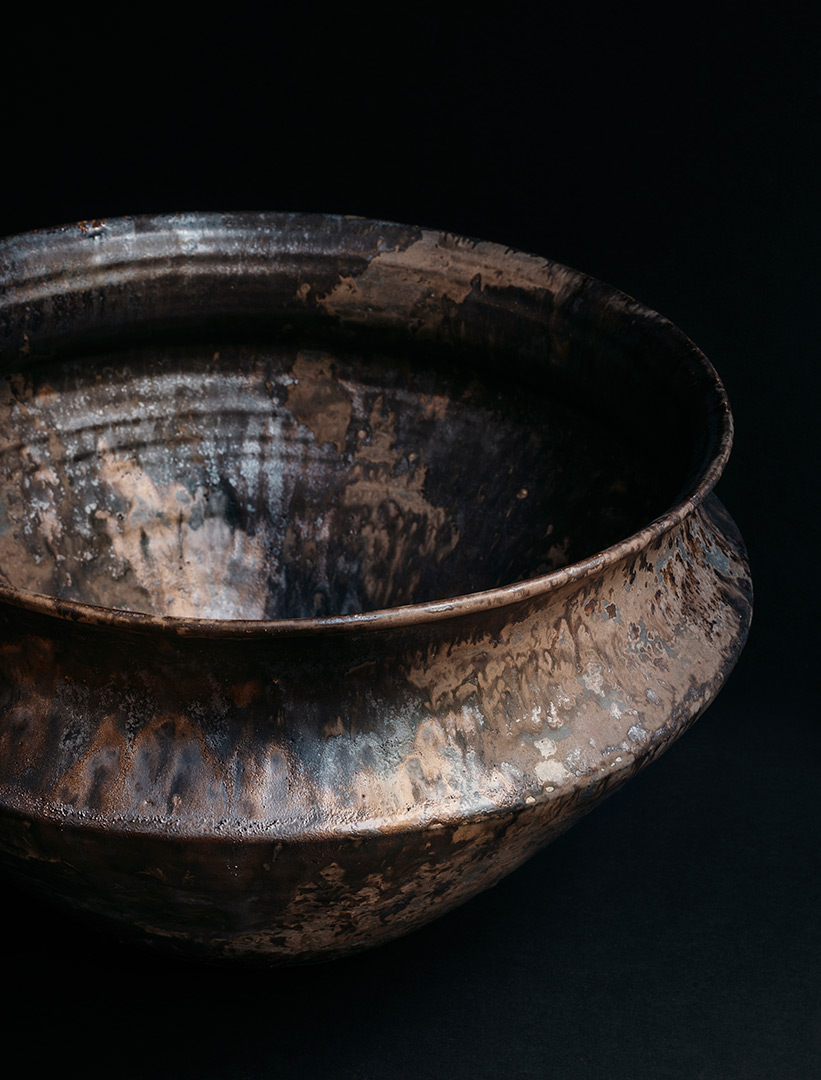 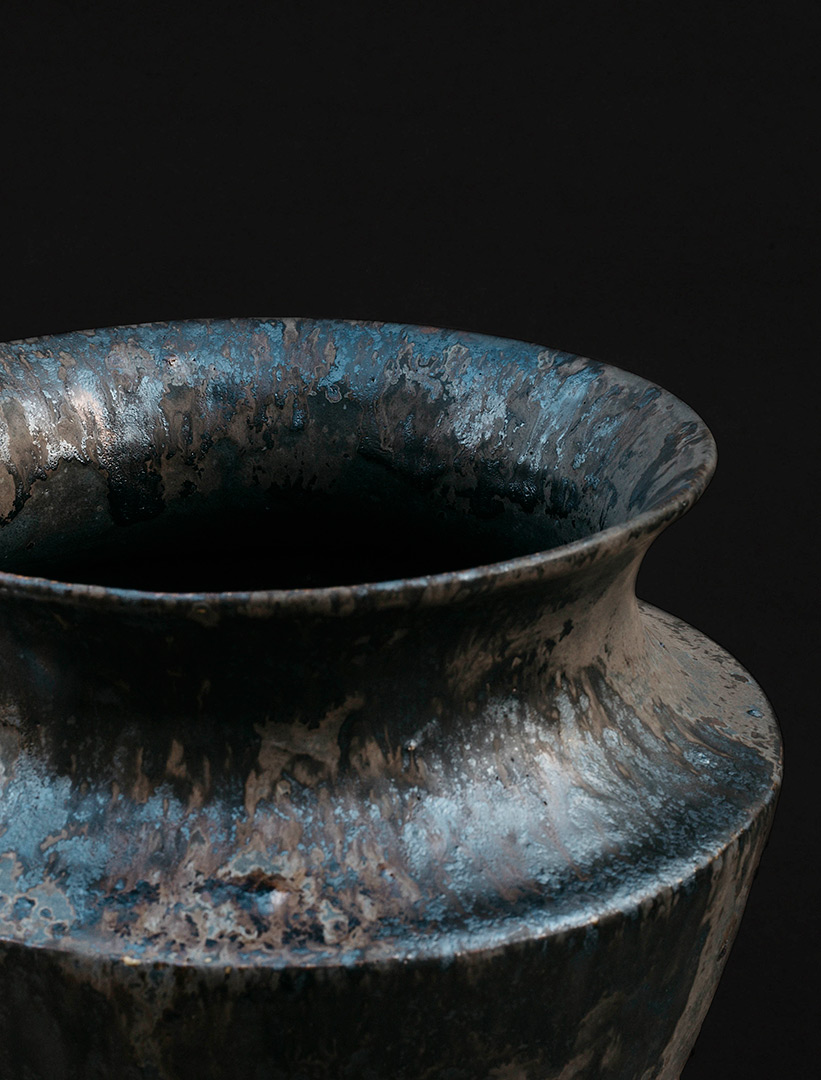 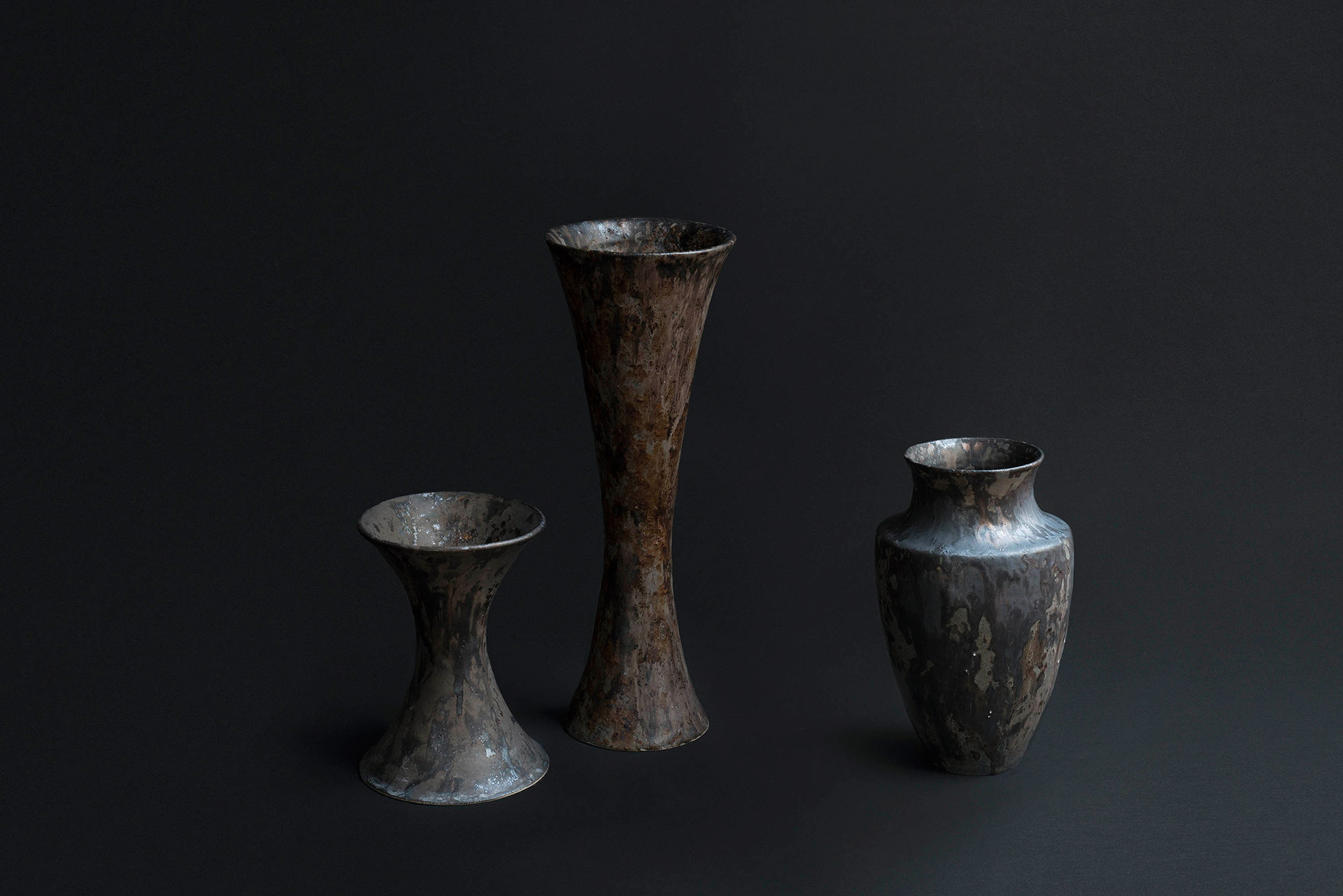 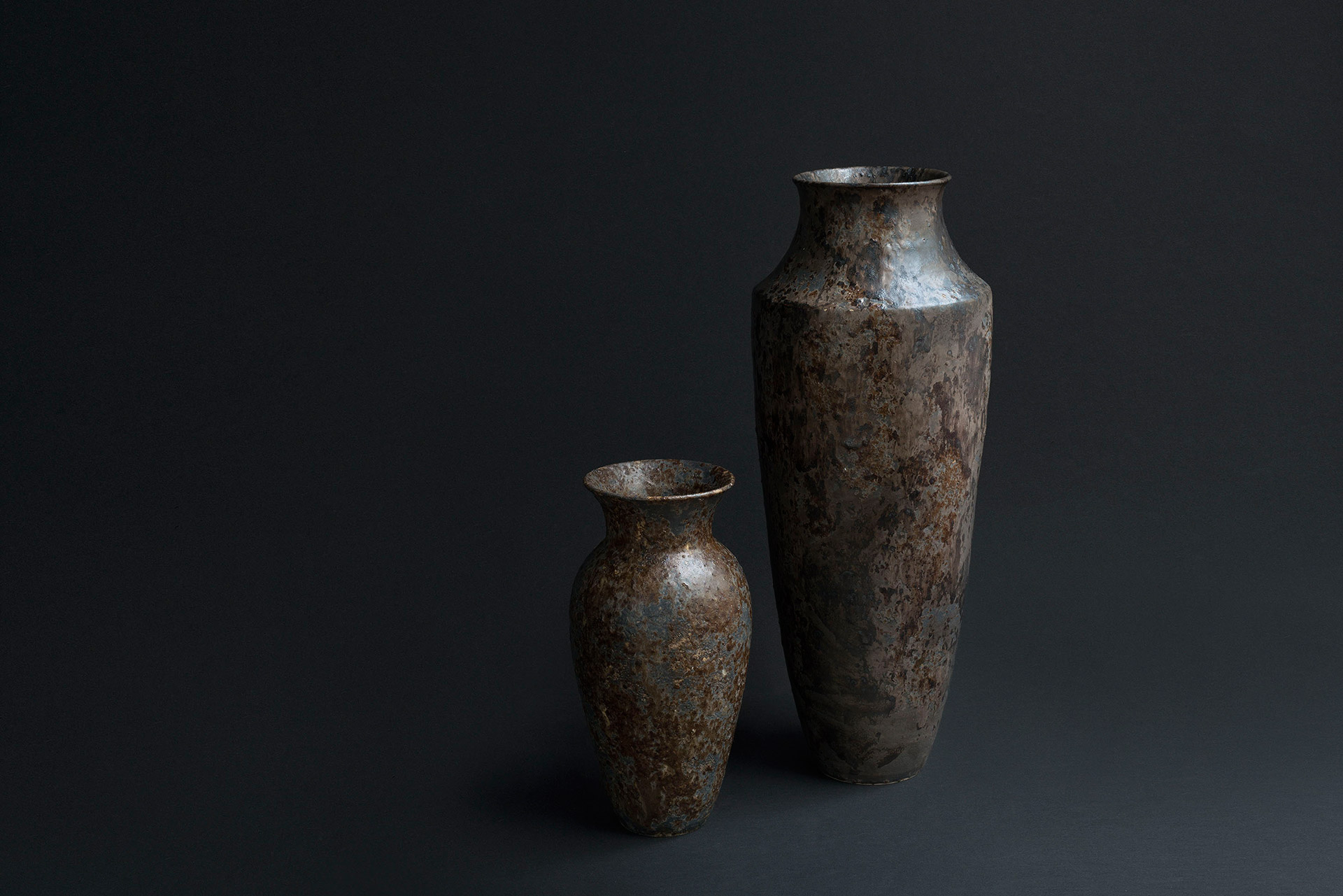 BLUME is a body of over 50 ceramic vessels which draws inspiration from botanical and entomological forms, ancient civilisations, and astronomical objects. These themes may seem to have no common thread, but as I spend days attaching hundreds of protrusions to the surface of a single pot, all of these motifs are sparked in my mind and then imbued in the vessel. First the pot is a flower, with symmetrical, oval petals radiating from the centre.  And then it is a fruit, or a stamen, or even a giant, exotic bloom from deep within a far away rainforest. Then, as it progresses, it becomes something armoured and ancient.  The protrusions are protecting the pot like a grid of spines protects a beetle. After receiving a layer or two of glaze melted in high temperatures, the pot could become something different altogether.  It could become an artefact thousands of years old, used in daily rituals.  Or a meteorite, even older, landing on Earth from worlds unknown.  It could hold a colourful, nebulous cloud just under its surface, or a black hole at its centre. My imagination wanders during the making process, and this pulls me closer to my work.  Making up stories about each individual piece bestows an aura around them, giving them their own mythology, elevating them from object to idol. 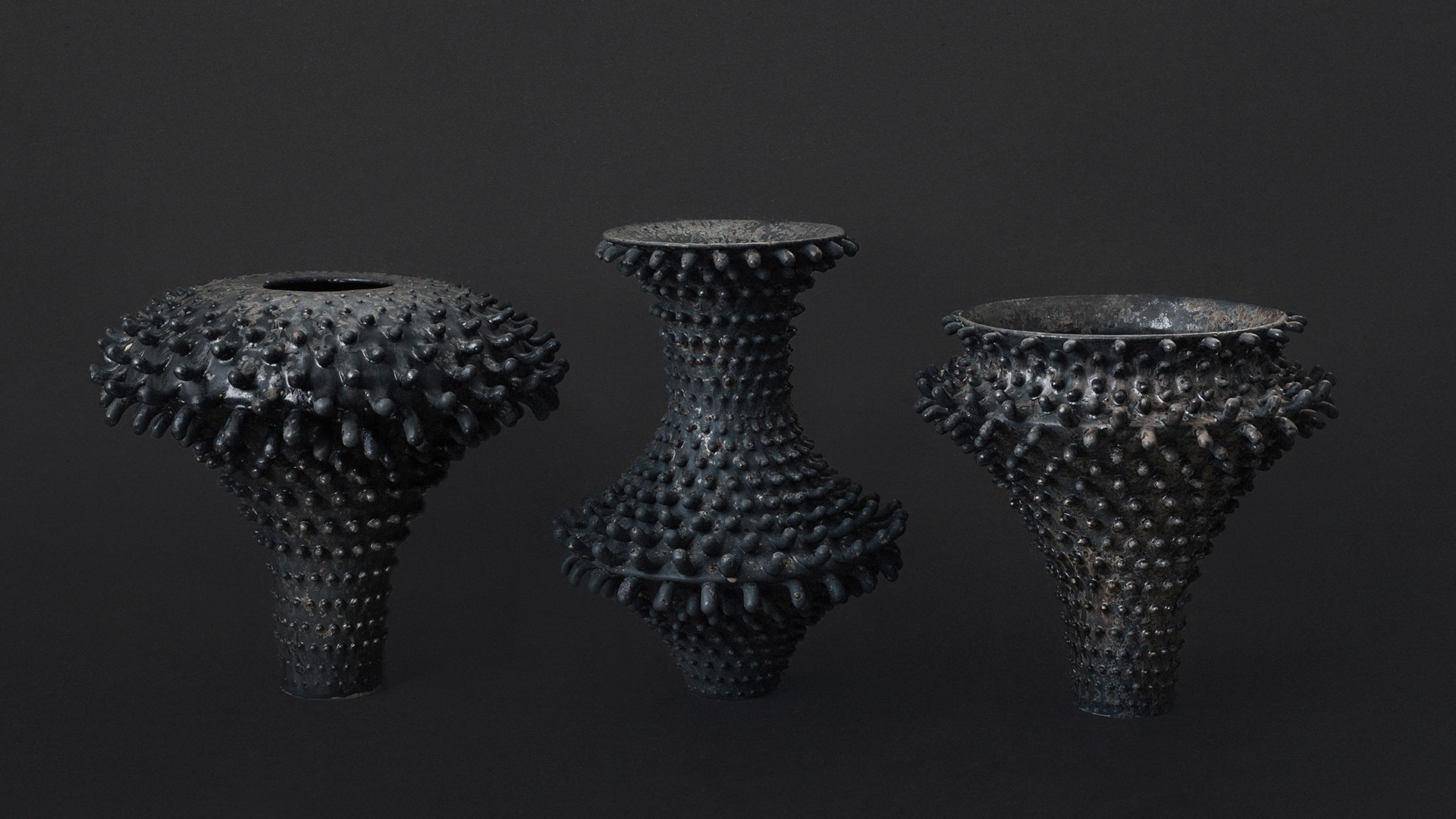 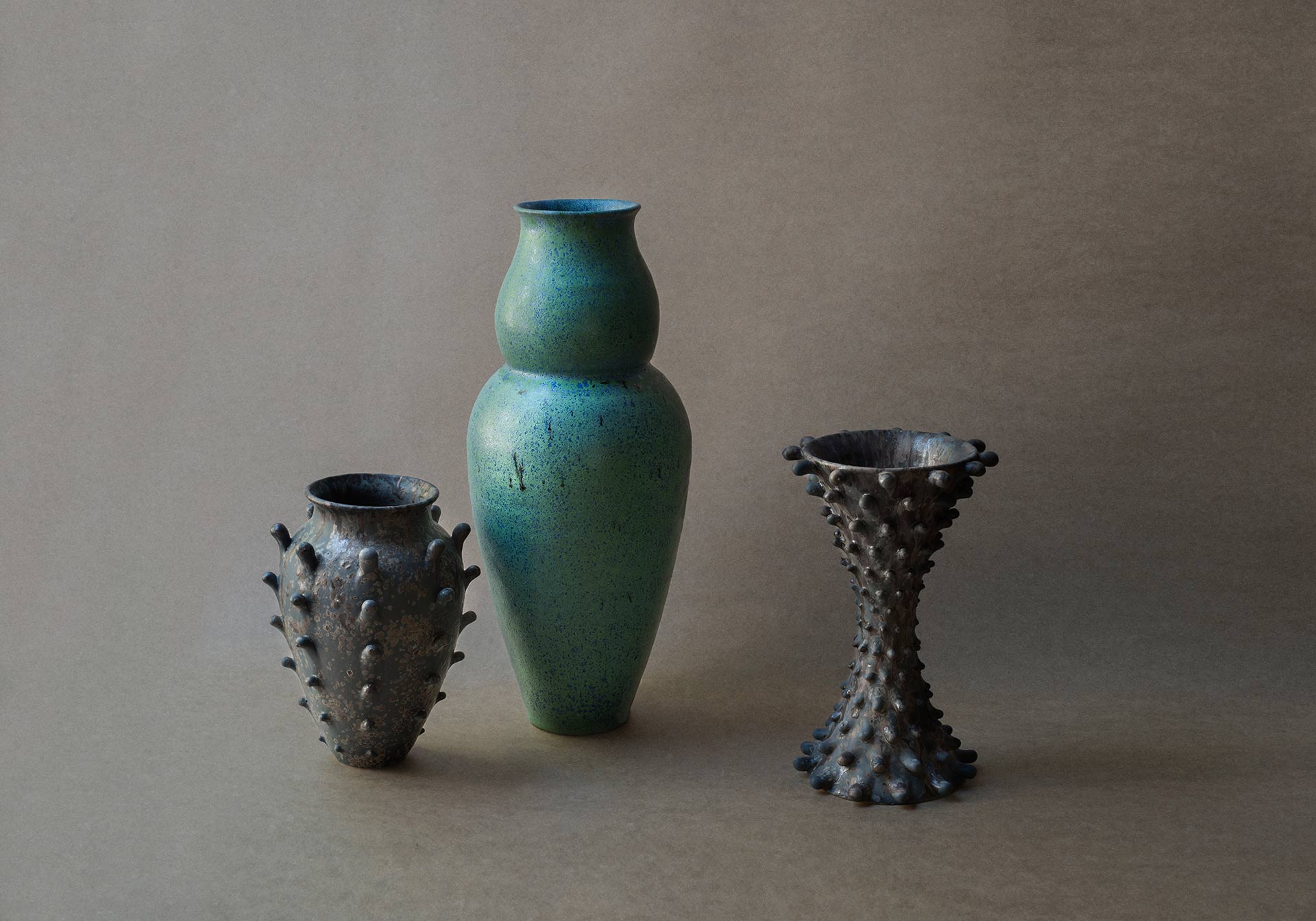 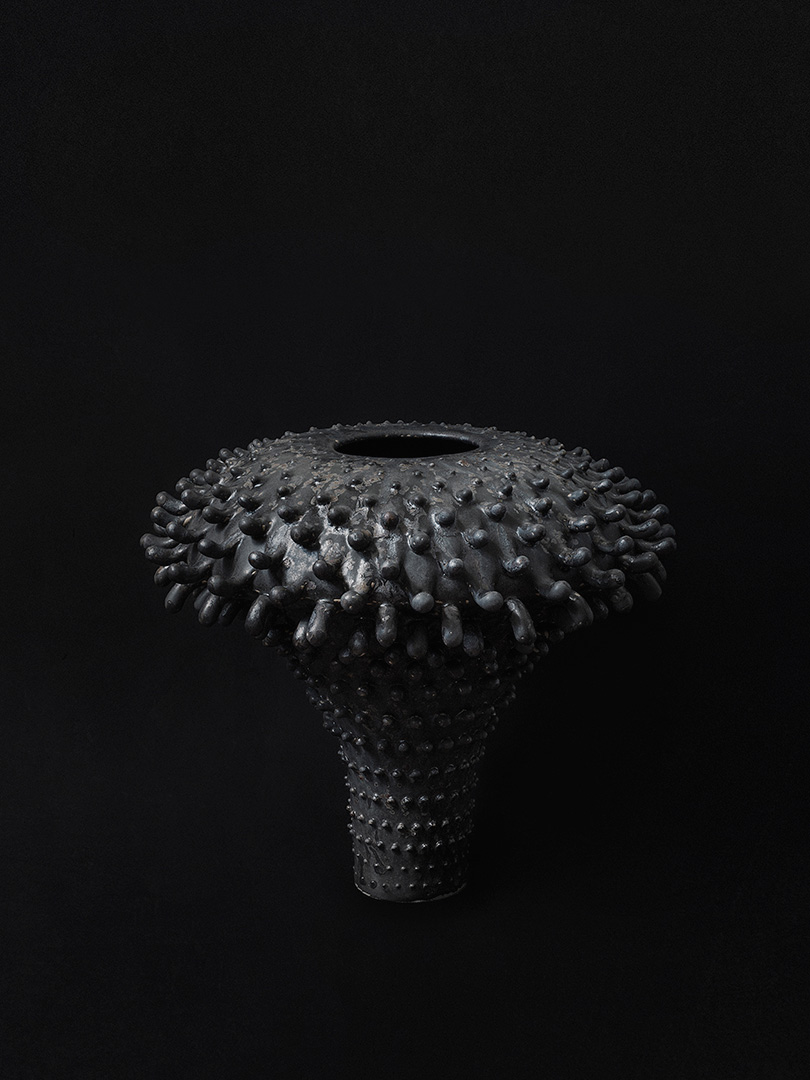 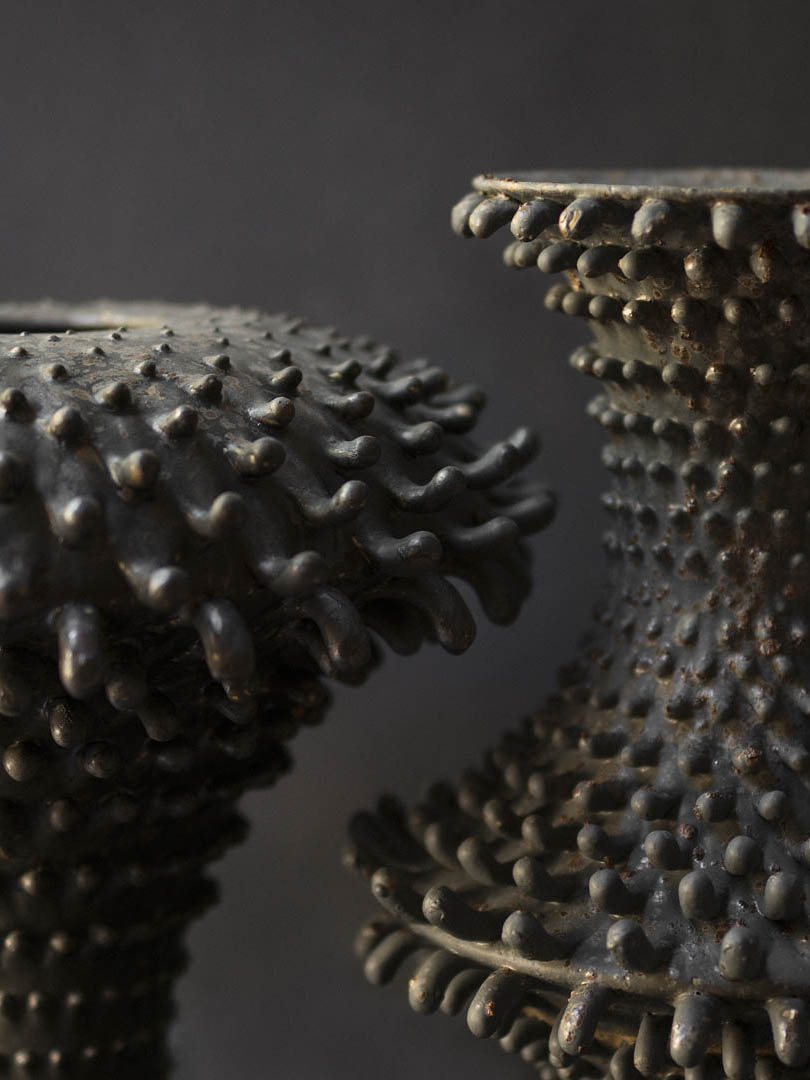 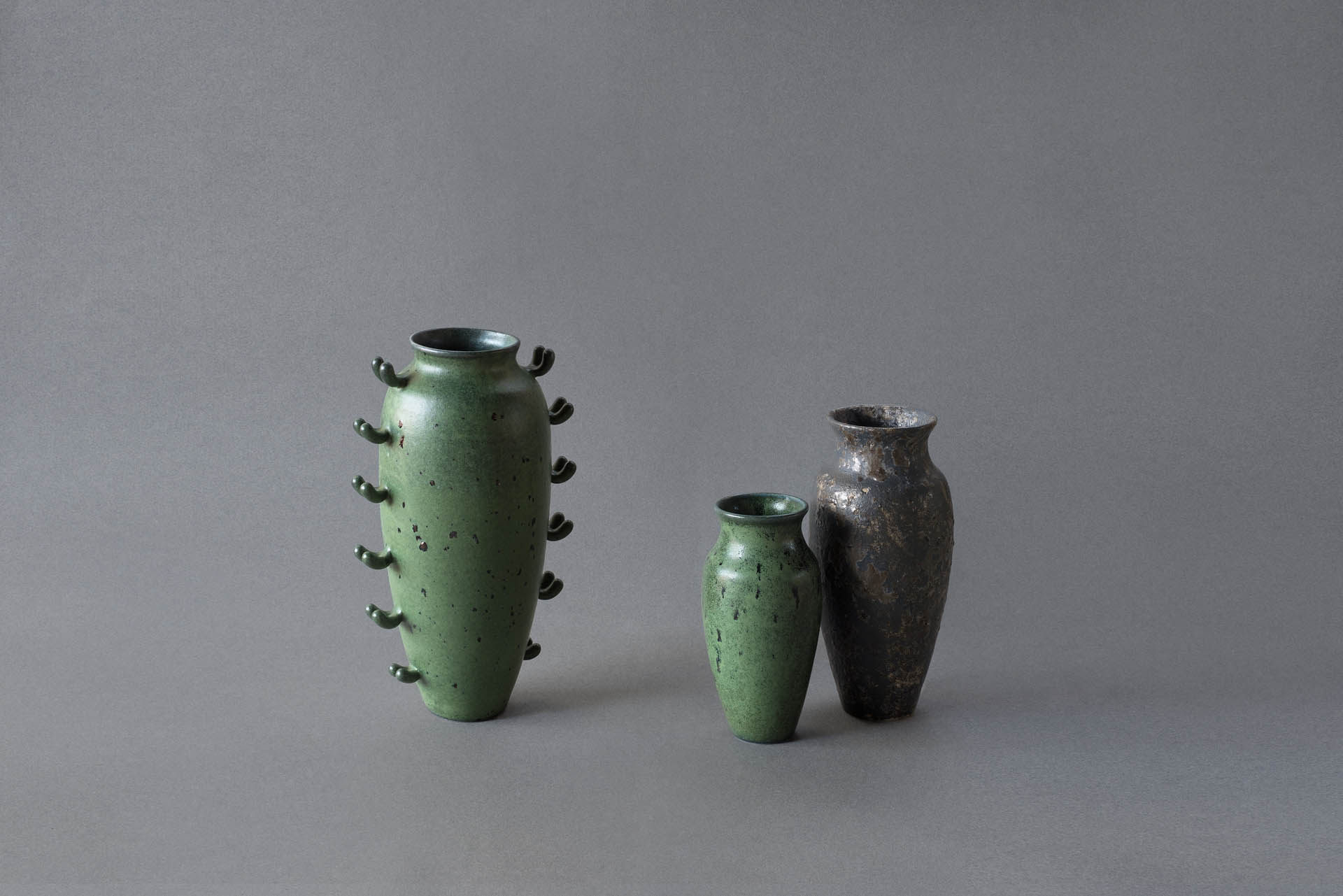 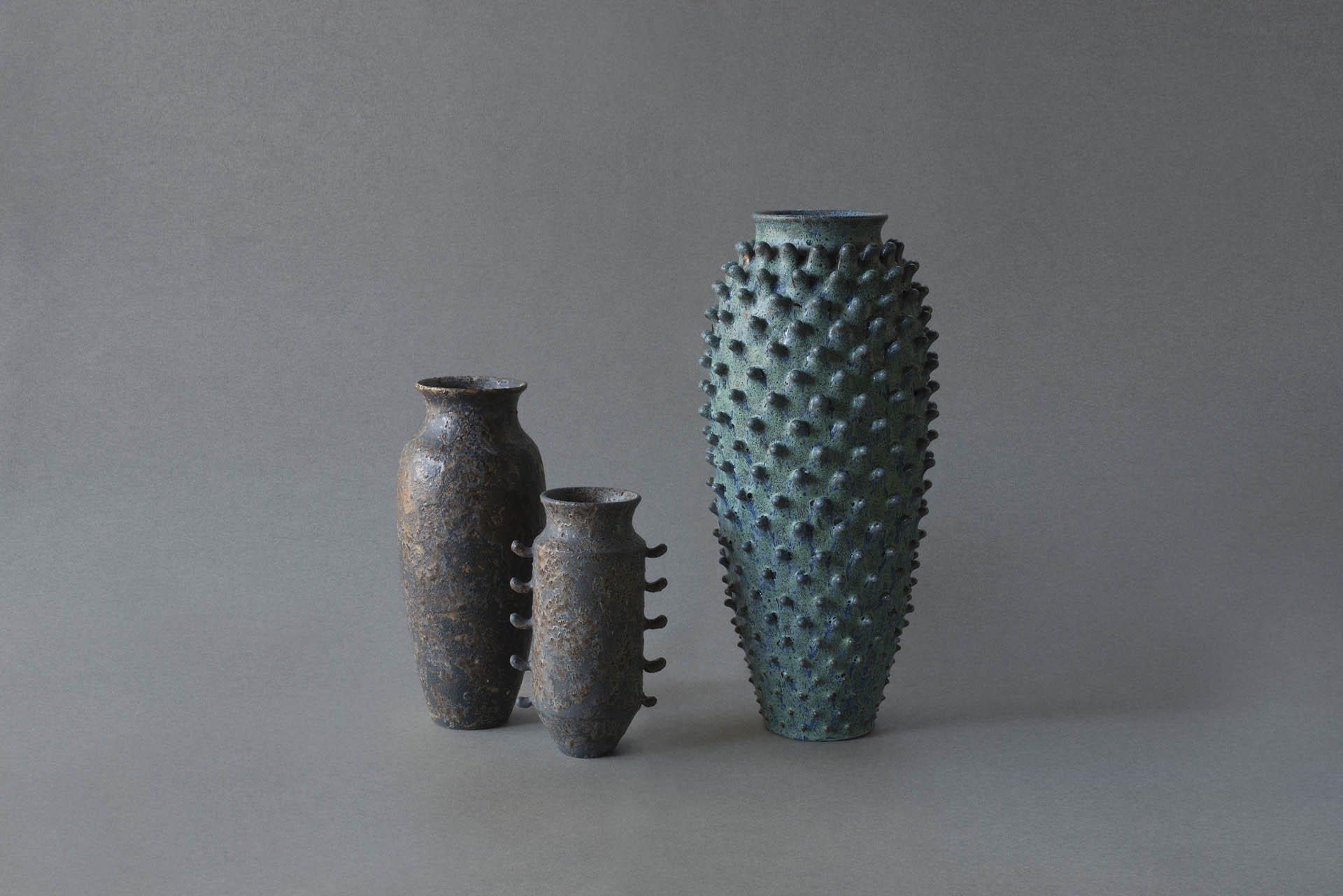